Joaquin Berao creations are not objects made for contemplation even thought they had born from it. In his words “A jewel is not fashion, it must be timeless”.

@JoaquinBerao is one of Spain’s most influential contemporary jewelers, combining his love of sculpture, painting, architecture and music in his wonderfully fluid jewelry.

For this jewelry designer, jewelry has taken a position as the “art par excellence” next to the others arts.

Joaquín Berao started in jewelry as an apprentice in a small workshop in Madrid. His first collection dates back to 1970 in Ibiza; after presenting it, the entire lot was bought by Bloomingdales’s department store in New York.

The anthropomorphic representation of his sculptural work have often been exhibited in museums around the world, and Berao has given many lectures and workshops on jewelry design, especially in Japan where is much acclaimed.

In jewelry he had found “a language to express himself properly.”

The 1970s and 80s were essential decades in Berao’s jewelry learning, and many of his pieces still resonate with a cool retro feel. Gold, silver, bronze and titanium are Berao’s metal of choice. His personal signature is a voluptuous and sinuous jewelry, sculptural even, animated by asymmetrical lines.

You will often find Berao in his boutique in Madrid’s Salamanca neighborhood (Madrid), with its minimalist decor, and sculptures and paintings made by the artist himself.

The viewed as prime evidence of the artistic person, that’s man’s power over raw matter and nature for create, doesn’t matter the source of creation.

The Vision
Berao has also changed over time, and today is the male audience looking for his designs too. He explains: “The man has increasingly decorated, before he only had a pair of twins and a tie pin, but today they are increasingly using bracelets or pendants”.

Joaquin Berao said: “Before I was alone, my pieces were not commercial, but right now there are many people doing very different things, I’m a witness in the evolution that has undergone the jewelry in recent decades”.

It’s clear that Joaquin Berao has been in the industry for several years, the serenity and comprehension of time is evident in the timeless character that tries to print each of his creations, because a jewel should not be “like a fashion item”, but something that endures “with the passage of time” and that also combines with different styles; is nice to hear an old wolf talking about the jewelry world. 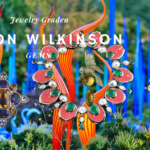 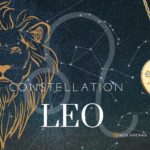