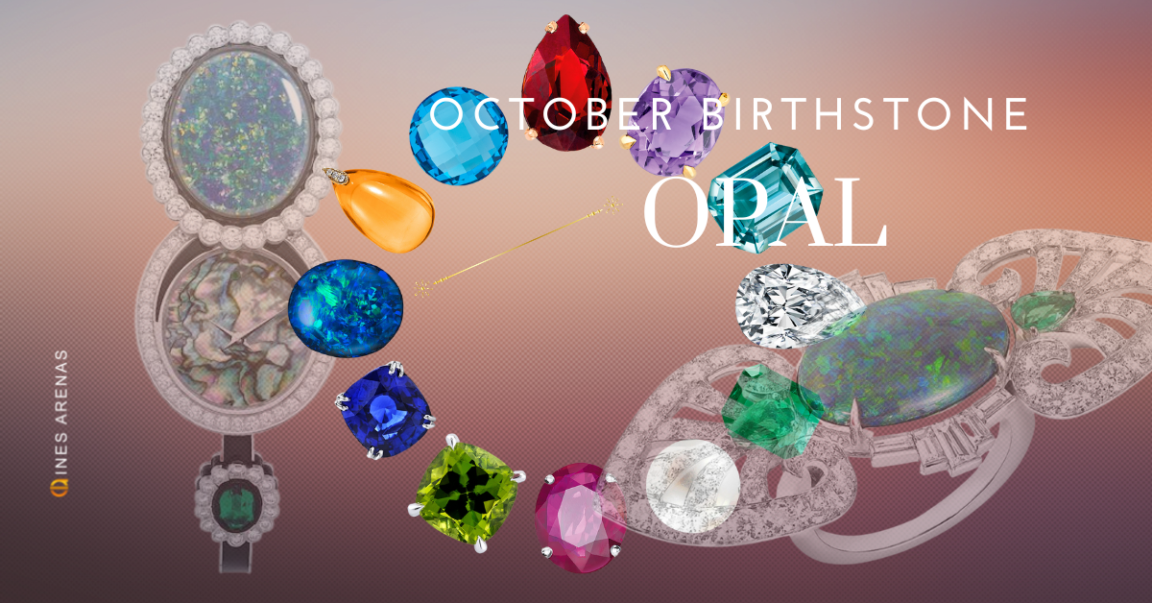 October Birthstone the Opal and the Tourmaline are Libra’s birthstones. I think that it is worth the mention to say that October Birthstone the Opal and the Tourmaline have a characteristic in common both come and shown a wide range spectrum of colors and both gems are compared with the rainbow. A rainbow is a meteorological phenomenon that is caused by reflection, refraction, and dispersion of light in water droplets resulting in a wave of light appearing in the sky. It takes the form of a multicolored circular arc. It takes sunshine and rain to make a rainbow. “Jewelry needs to fulfill the function for which it came into being. The only way that a Jewelry Designer will see its art in LIFE is with the eyes, the mind, and the heart of the Spectator. The viewer in the last stroke in any jewelry piece”. – Ines Arenas Jewelry Gallery The beautiful October Birthstone opal is formed from rain, there is some conjecture on how exactly this precious gemstone forms, but many believe it is formed when water from rain seeps down into crevasses in the rock. Once the water evaporates, the silica that is left behind dries out and hardens into precious opal. In the case of the tourmaline, the process by which is created is better known as the hypothermal process and it involves not only the water that is undissolved from the hot magma but rainwater. This mix of water and minerals tends to fill the cracks in the magma as it cools and hardens into rock. Both October Birthstone gemstones are truly unique because each gem is adorned with a one-of-a-kind color combination, like the colors of the rainbow. Kalil Gibran said: “In one drop are found all the secrets of all the oceans” and maybe earth. Happy Birthday to the ones born under the cool magma of these two rocks!

How To Choose the Best October Birthstone?

How To Take Care of Your October Birthstone Jewelry?

Like pearls, October Birthstone opals are delicate gemstones. They need to be looked after and maintained properly. Over time, opals will have scratches and marks which can cause them to appear dull. If this happens, take the opal back to an opal cutter who will professionally polish the stone for you, reviving its brilliance. Always use mild detergent and warm water to wash off any grime or build-up on an opal. Ultrasonic cleaners, bleach, and chemicals are not for this delicate stone. Also, if you are storing an opal for a long period of time, wrap it in cotton wool with a few drops of water to keep the stone from losing water in low humidity environments. October Birthstone Tourmaline is a relatively durable gemstone with good durability and a hardness rating of 7 to 7.5 on the Mohs scale. It’s a wearable gemstone and can withstand exposure well. With reasonable maintenance, you can keep the stone sparkling for a long time. Taking care of your tourmaline jewelry will keep it beautiful for years. Avoid using ultrasonic cleaners or steam cleaners as these can damage the gemstone. Instead, simply use a mild, non-abrasive liquid soap and warm water. Put a few drops of dishwashing liquid in water and soak the jewelry for 2 to 3 minutes. When you take it out it should be clean. If it is still dirty, gently wipe it with a wet cloth or use a soft brush. Ensure that you rinse the piece thoroughly and dry it carefully before you store it away. Substances with a higher hardness ranking, such as diamonds, can scratch and damage a tourmaline. Always store tourmaline jewelry separately, in a jewelry box or a fabric pouch. 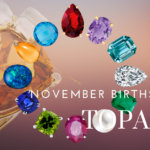 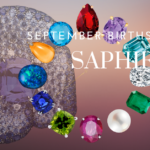