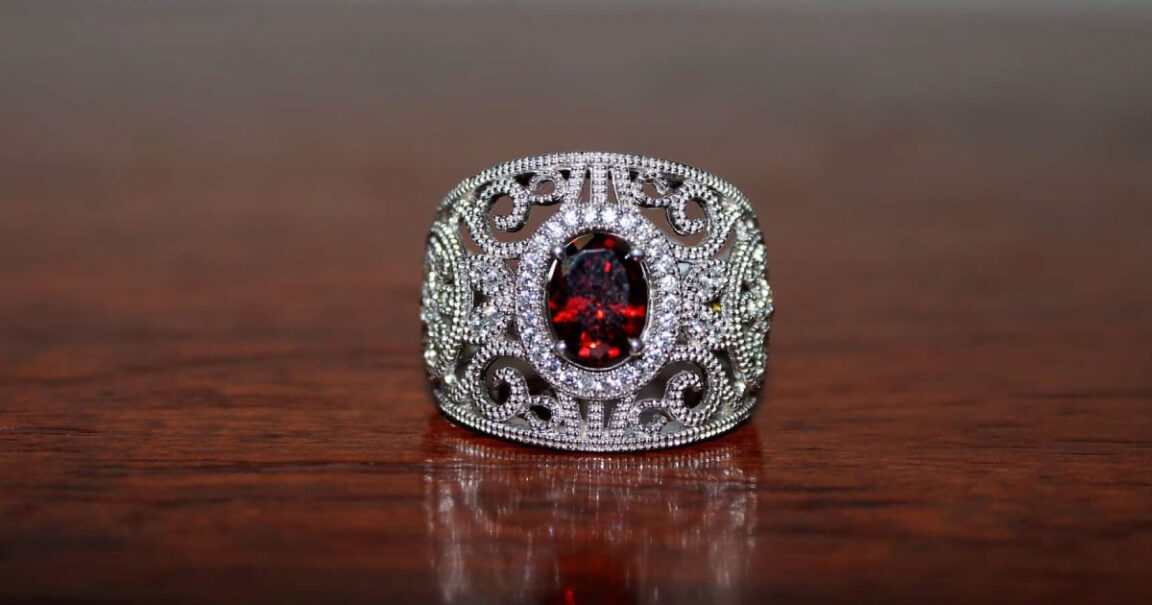 They are different species of January Birthstone: Garnet. There are pyrope, almandine, spessartine, grossular, uvarovite and andradite. The word garnet comes from the 14th‑century Middle English word garnet, meaning ‘dark red’. It is derived from the Latin granatus, (‘grain, seed’), a plant whose fruits contain abundant and vivid red seed covers (arils), which are similar in shape, size, and color to some garnet crystals. There is hardly any other gem that unites such a broad spectrum of color (red, green, orange, pinkish-orange, deeply saturated purplish reds, and even some blues) luster, rarity, and size of widely varying gemstones. January irthstone Garnet have been used as a gemstone for over 5,000 years, garnets are thought to be among the most ancient talismans. It is prized for its protective energies and healing power. “Jewelry needs to fulfill the function for which it came into being. The only way that a Jewelry Designer will see its art in LIFE is with the eyes, the mind, and the heart of the Spectator. The viewer in the last stroke in any jewelry piece”. – Ines Arenas Jewelry Gallery Throughout time, there have been many traditions and legends about the January Birthstone Garnet. In medieval times, the stones were thought to cure depression, protect against bad dreams. Hebrew writers include the garnet as one of the twelve gems in Aaron’s breastplate. Christian tradition considered the blood-red garnet as a symbol of Christ’s sacrifice. The Koran holds that the garnet illuminates the Fourth Heaven of the Moslems. In Greek mythology, a pomegranate is referenced as a gift of love and is associated with eternity. Nowadays, January Birthstone Garnet remains as a gift of love and is traditionally given for the 19th anniversary of marriage. It may also be used as a gift for two-year anniversaries. Moreover, January Birthstone Garnet is symbolic of a quick return and separated love, since Hades had given a pomegranate to Persephone before she left him to ensure her return. It was also said to warn the wearer of approaching danger and was long ago carried as a protective talisman. Finally: Happy Birthday to the ones born in January!! Because a well-chosen Garnet can dress up any outfit: a casual or formal occasion.

Garnet: is #7 to #7.5 on Mohs scale, fair to good toughness. Sources are Brazil, India, Madagascar, Pakistan, Sri Lanka, United States. Almandine is probably one of the most familiar of the closely related species that make up the garnet group. It’s a fairly common red garnet, with a color range from orange-red through red to reddish-purple. Almandine was named for Alabanda, an ancient Asian town, and an active gemstone trading and fashioning center. Ancient Romans often fashioned almandine garnets as thin, hollowed cabochons to bring out the intensity of their color.

• Pyrope: are garnets that have a distinctive red color and closely resemble rubies. These have a high refractive index which causes their impressive brilliance. • Almandine: the most popular garnet. These come in pure red, reddish-orange, and brownish-red colors. While it looks very similar to pyrope, it is not as vivid. But it is one of the most common garnet varieties and there are huge amounts sourced all over the world, gem-quality stones have been rarely surfacing in the past decade. • Grossularite: another popular variety of garnet ranges. This garnet has a variety of colors from lemon yellow to greenish-yellow to mint green. • Andradite: it is the most lustrous of all the garnets. It has three further varieties: the rare olive-green to emerald-green, the yellow to brownish-yellow topazolite, and the lustrous opaque black melanite, often simply known as the black garnet. • Uvarovite: it is the only consistently green garnet. It has a deep emerald green color and is very rare making and Very Valuable. • Spessartite: is the most rarer species of garnet its color comes in vivid orange or reddish-orange hues. It’s also sometimes called mandarin garnet because of its similarity in hue to the fruit. It’s difficult to find high-quality Spessartite garnets today as sources are decreasing.

How to Chose the Best January Birthstone?

January Birthstonec Garnet comes in a variety of colors and As with any other gemstone, we use the famous 4Cs to evaluate the quality of garnets. The 4Cs stand for cut, color, clarity, and carat weight. Garnets (as we mentioned before) come in a wide range of colors like red, burgundy, orange, brown, green, and even black. January Birthstonec Garnets are also available in numerous color-changing varieties which exhibit different colors depending on the type of light they are viewed in. For example, some garnets appear green, beige, or gray in daylight but change into the red or purplish-pink when viewed under incandescent light. Garnets usually come in standard cuts and shapes to allow them to be easily set into jewelry. This is true of red garnets which are very common. However, rare and valuable types of garnets such as tsavorites and demantoids are cut into shapes that will retain most of their carat weight. Garnet clarity depends on its variety. Generally, garnets are clean stones. They are transparent and exhibit a glassy luster. Red garnets like pyrope and almandine usually do not have eye-visible inclusions. On the other hand, orange garnets such as spessartine and hessonite often have inclusions. However, sometimes these inclusions can create a star effect called asterism which is treasured for its rarity. This is one of those cases where a flaw becomes a coveted feature. January Birthstonec Garnets are available in all shapes and sizes. The rare species like demantoid and tsavorite come in smaller sizes so the value increases dramatically with the increase in carat size. The common varieties such as almandines, however, come in larger sizes. You can find synthetic versions of garnets on the market but these are used in different ways. Here are two: • Yttrium Aluminium Garnet or YAG is a colorless simulant of diamonds that was popularly used until the 70’s when it lost its stake to Cubic Zirconia. • Gadolinum Gallium Garnet or GGG – is produced for industrial purposes and rarely used as a gemstone. But it’s worth invest in Garnet Tsavorite and demantoid is the two rarest and most expensive varieties of garnet, with high-quality specimens hard to come by. Red garnets are much less expensive, with a high-quality carat costing several hundred dollars. How To Take Care of Your January Birthstone Jewelry? With warm soapy water is always safe for cleaning garnets. The ultrasonic cleaner is usually safe except when the Garnet have fractures. 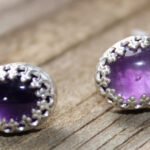 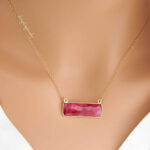