What’s the Birthstone Color for Capricorn?

Capricorn is a sign that represents time and responsibility, and its representatives are traditional and often very serious by nature. These individuals possess an inner state of independence that enables significant progress both in their personal and professional lives. They are masters of self-control and have the ability to lead the way, make solid and realistic plans, and manage many people who work for them at any time. They will learn from their mistakes and get to the top based solely on their experience and expertise. Garnet, coming from the Latin word Garanatus, means seeds or seed-representing. Some garnets do resemble the seeds of a pomegranate, which is why this is the chosen name for this stone. “Jewelry needs to fulfill the function for which it came into being. The only way that a Jewelry Designer will see its art in LIFE is with the eyes, the mind, and the heart of the Spectator. The viewer in the last stroke in any jewelry piece”. – Ines Arenas Jewelry Gallery As the birthstone for January, garnet is said to bring love, luck, health, loyalty, and friendship to people who are born this month. Belonging to the element of Earth, the people born under this zodiac sign are well known for being practically and grounding as a seed to provide and build roots. Not only do they focus on the material world, but they have the ability to use the most out of it. Unfortunately, this element also makes them stiff and sometimes too stubborn to move from one perspective or point in a relationship. They have a hard time accepting differences of other people that are too far from their character, and out of fear might try to impose their traditional values aggressively.

Capricorn is the Goat of Fear a goat with the tail of a fish created to face fear and create panic. It is the sign of decisions, is the sign made to protect from monsters in our minds, lives, and immediate physical surrounding. Capricorn is always ready to transform into something that scares those scary things off, Capricorn faces the world just as they are, brave enough to never run away, but constantly afraid of their inner monsters. Not by coincidence January birthstone, Garnet was used in old times to cure depression and protect against bad dreams and inners demons such as depression.

That train of thoughts may become overwhelming for Capricorn, being necessary to get them out of their system through healthy and supportive dialogues. It is important not to get dispersed or start spinning in circles. Not by coincidence a Garnet is what a Capricorn needs because Garnet’s virtues have been long believed to include passion, true friendship, fidelity, success, self-esteem, loyalty, devotion, energy, faith, consistency, and truth., because the gemstone sharpens your perception of yourself and other people. Long ago, garnets were claimed to help the wearer resist melancholy and warn off evil spirits, especially spirits of the night, which were referred to as demons and nightmares. Garnet is also said to inspire contemplation and truthfulness and offers its wearer the power to protect their standing and possessions. Capricorns naturally seek out the approval of others to help them feel worthy, which explains why many of them are workaholics. They also tend to be pessimistic and suspicious in nature doubting the praise or approval they do obtain. Wearing a garnet will balance out unwarranted feelings of inadequacy and self-doubt and help a Capricorn forge ahead in their life’s path in a more relaxed and confident manner.

It is not easy to win over the attention and the heart of a Capricorn, but once their walls break and their heart melts they stay committed for a lifetime. Their relationships with other signs can be challenging due to their difficult character, but any shared feeling that comes from such a deep emotional place is a reward for their partner’s efforts. Shown sensitivity comes through acts rather than words, and years are often needed for them to open enough to chat about their actual emotional problems. As a Capricorn, a Garnet is also an ancient symbol of friendship. In the past, garnets have been exchanged between parting friends to symbolize their affection and to ensure that they meet again. In some circles of belief, it is said that a garnet’s magic cannot be accessed unless the stone has been cut

Capricorn with his friends is intelligent, stable, and reliable, and this makes its representatives loyal and extremely good friends, standing in one’s life as pillars on their way to their dreams. They need to be surrounded by people who don’t ask too many nosey questions, know where boundaries are set, but also warm, open-hearted, and loyal enough to follow their lead. They will not collect too many friends in this lifetime but turn to those who make them feel at peace, intelligent, and honest at all times. Capricorn with his family is a sign of a full understanding of family traditions. Capricorns feel connected to every single thing from their past and their childhood and loves bringing out these memories whenever a season of holidays or birthdays is near. This is a sign of a typical conflict one has over dominance in their household, with their father being an extremely important figure in the way this person built their self-image over the years. As parents they tend to be strict but fair, readily taking on responsibilities that come with a child. Garnet is one of the few untreated gems. It is available in many colors and offers great versatility, and it can be found in Africa, India, Russia, South America, Madagascar, Pakistan, and the United States.

Capricorns will set high standards for themselves, but their honesty, dedication, and perseverance will lead them to their goals. They value loyalty and hard work over all other things and keep associates with these qualities close even when they might be intellectually inferior. In Greek mythology, a pomegranate is referenced as a gift of love and is associated with eternity. Nowadays, Garnet remains as a gift of love and is traditionally given for the 19th anniversary of marriage (loyalty). It may also be used as a gift for two-year and six-year anniversaries. Moreover, Garnet is symbolic of a quick return and separated love, since Hades had given a pomegranate to Persephone before she left him to ensure her speedy return. Therefore, Garnet may be given to a beloved before embarking on a trip, as it is believed to heal the broken bonds of lovers. Loyalty is the main characteristic for January gemstone Garnet or the ones born as Capricorn.

The ones born between December 21st and January 20th are those who belong to the Capricorn constellation. The stones and gems that belong to them are rubies, agate, garnet, and black onyx. These four stones represent the remarkable four qualities of a Capricorn person that we will reveal to you with its amazing story. The Capricorn zodiac sign is interpreted as being either a goat or a sea-goat, a creature with the front half of a goat and the tail of a fish. The story begins with the sea-goat Pricus, an honorable God and the father of the race of sea-goats. Known for being intelligent (the garnet) and honorable (the ruby); creatures who live in the sea near the shore. They could speak and think because they were favored by the gods. Pricus was the link to Chronos, the god of time and who created and made Pricus immortal, sharing both the ability to manipulate time. Pricus had many sea-goats children, who wanted to go to the shore. His children found out that they could use their front goat legs to pull themselves onto the beach and lay in the sun, but what they didn’t know was the longer they stay on shore, more they change from sea-goats into regular goats and becoming the ones we know today. Pricus was desperate and didn’t want to lose his children, so he was determinate to make sure they could not go near the shore and becoming mindless animals, who could never return to sea with him. His ambition grows as dark as the black onyx and starts to reverse time forcing his children to return to the sea. Pricus is unaffected by the time shift, so he tries to warn his children and even forbid them to go to the shore, but no matter what he did or how many occasion he reverses time, the sea-goats eventually found their way onto land and becoming regular goats. Pricus along the way realizes he couldn’t control his children destiny and keeping them in the sea will never work. He resigns himself to his loneliness and chooses to no longer control time, letting his children live their lives out to their own destiny and he developing patience as a precious agate. Finally, Pricus begs Chronos to let him die, as he cannot bear to be the only sea-goat left. Chronos instead allows him to live out his immortality in the sky as the constellation Capricorn; giving to a devoted father the gift to see his children from the stars and convert his most precious qualities in gems. 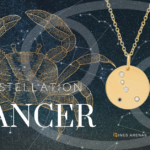 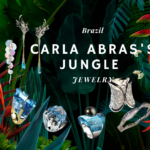