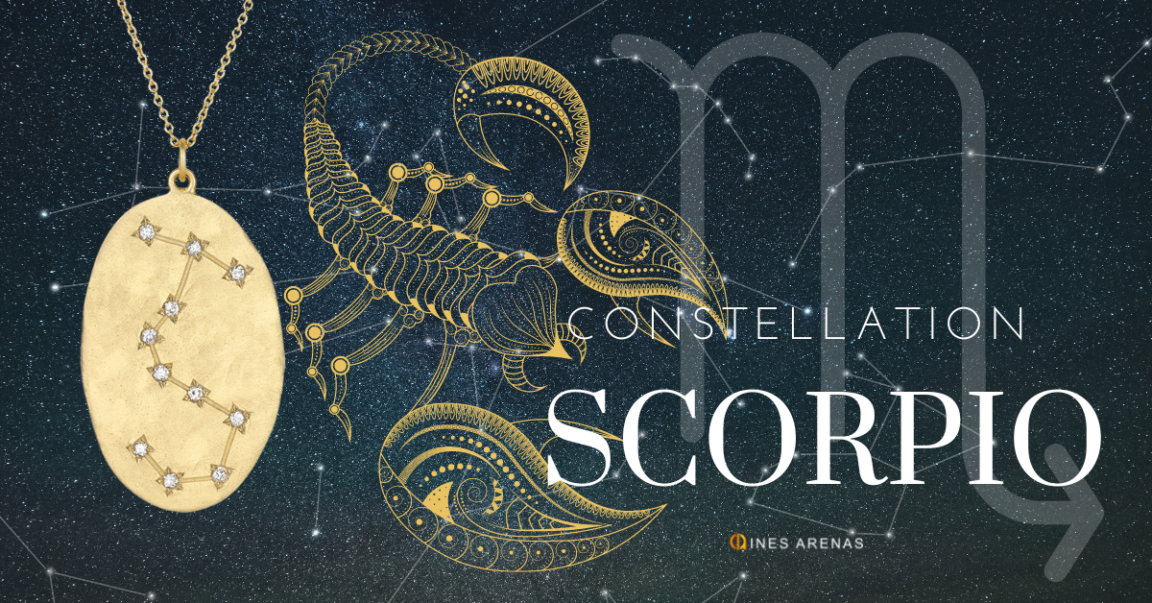 The story behind the Scorpio constellation is a story of the confrontation between Scorpio and Orion. The birthstones that belong to this constellation are topaz, beryl, amethyst, aquamarine, tourmaline, and opal. Orion was a giant hunter and maybe the son of the god of the sea, Poseidon, the reason why he has beautiful blue eyes as the aquamarine stone, white milky skin as the opal, and a honey hair color as the yellow topaz. He was considered a great hero, but he was always challenging the gods. Orion bragged about how he was such a great hunter that we were going to kill every creature on earth. Artemis the Greek hunting goddess, took this as an offense because Orion, in other words, was saying that his superiority in hunting skills was unquestionable, but Artemis was in love with Orion and found him charming. “Jewelry needs to fulfill the function for which it came into being. The only way that a Jewelry Designer will see its art in LIFE is with the eyes, the mind, and the heart of the Spectator. The viewer in the last stroke in any jewelry piece”. – Ines Arenas Jewelry Gallery On the opposite side Artemis brother, Apollo, the sun god, did not find this claim quite so amusing, as he was also the god of the animal herds. Neither did Gaia, Greek mythology’s great earth goddess, and creator of all the creatures on Earth. So Apollo and Gaia decided that it was time for Orion to go and Gaia created a giant purple scorpion as the amethyst with crystal poison as the beryl to hunt the hunter. This is where Scorpio mythology essentially begins and ends. No matter how hard Orion tried, he could not defeat the scorpion in their fight each time that these two titans clash from the sky everybody could see green, purple, yellow, pink rays as the tourmaline. When Orion tried to escape, the scorpion stung him to death with its poisonous crystal beryl tail, and the handsome and strong Orion with topaz hair, opal skin, and aquamarine eyes died. The Scorpio killed Orion, and as a reward for its service, Gaia placed the scorpion’s image as diamonds in the nighttime sky. To this day, it looks as if the scorpion is always chasing after Orion in the nighttime sky.

The rulers of Scorpio are Pluto and Mars, one of them being the planet of transformation and regeneration, and the other pushing them forwards and providing them with enough initiative to build their lives energetic and strong. These individuals are known for being calm and cool, looking mysterious and hard to figure out. There is a deep understanding of the rules of the Universe inside every Scorpio that gives them the power others rush through life rarely recognizing within. Although there are eleven birthstones listed for those who belong to Scorpio, the main gemstone that is said to represent the sign is topaz. Scorpios are passionate and always approach life with determination. Astrologists say that the stone that balances a Scorpio’s personality is topaz. It is believed that the blue shaded topaz keeps Scorpios calm and mentally strong, attracting negative energies away from them and bringing them a sense of joy and peace. As Scorpios are emotional, this encouragement of calm is said to help them be more level-headed and prevent them from being overwhelmed by their feelings. Those who have studied astrology will often tell you that Scorpios have a dual personality, and this is another reason why topaz is the perfect stone for this sun sign – topaz is pleochroic, which means that its color appears different from different angles.

Scorpio Constellation stone the Topaz gets its name from the Greek word topazion, which may originate from the Sanskrit tapas, meaning, “fire.” The name might also come from the name of the Egyptian island of topazes (now St Johns island) in the Red Sea. The Latin writer Pliny the Elder used the island’s name for a yellowish-green stone found there, and it soon became the name for most yellow stones. Scorpio Constellation stone the Topaz was one of the stones selected by Aaron for his priestly breastplate. He placed it on there as the second stone in the first row of stones. Topaz is also found as one of the stones in Revelation and is one of the stones of the apocalypse. In Egyptian practices, it is the symbol of Ra, the Sun-god, who was the giver of life. In Europe, topaz became strongly linked with Apollo, who is also a solar being. Topaz is found in a variety of colors such as brown, blue, green, yellow, pink, purple, and red. Topaz is even found in a colorless form, which is usually treated to show a blue hue. Though blue is a well-known color for the gem, Scorpios birthstone is an orange variety of the stone that is known as precious topaz.

Scorpio, the Deadly Warrior Sent by the goddess to kill someone, this is a sign in search for their pray. Fearless and unstoppable, when they have a cause to fight for, they will do it relentlessly and without paying attention to possible karmic or other consequences. With deep self-awareness, they discover ways to go around their deepest, darkest motives, and shove their talents under the rug along with their dark desires. They need to set free from taboos and restrictions, discovering the freedom to scream and fight for their beliefs to find peace and happiness. Precious Scorpio Constellation stone the topaz is said to have healing powers and is believed to be a gem gifted by the sun. Early Egyptians believed it was gifted to them by the Sun God. Some people also believed that God sent this gem to protect people from danger and harm. The Greeks too claim to have first discovered topaz and thought that the fiery stone gave them strength. Europeans during the Renaissance period believed that topaz had the power to break spells and calm anger. Others say that it was found in India and the gem gets its name from the Sanskrit word Tapas, which means ‘Fire’. Indians believed for hundreds of years that this orange stone helped them live long lives and gain wisdom when worn close to their hearts. 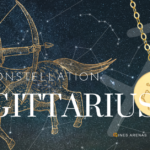 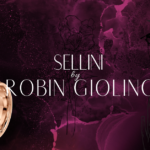