Chiron or Crotus In mythology the Sagittarius constellation is usually identified as a centaur: half-human, half-horse, call the centaur blue Topaz Chiron or with the blue Zircon Crotus, a Satyr that as all the Satyrs had human heads and torsos with two goat legs (and sometimes with Turquoise horns). Chiron was the son of the Gods Philyra and Cronus. Crotus wasn’t part of the gods but lived on Mount Helicon with the Muses made of Citrine and Lapis Lazuli. “Jewelry needs to fulfill the function for which it came into being. The only way that a Jewelry Designer will see its art in LIFE is with the eyes, the mind, and the heart of the Spectator. The viewer in the last stroke in any jewelry piece”. – Ines Arenas Jewelry Gallery Common things between Chiron and Crotus Crotus and Chiron, both were skilled musicians and hunters, well known to be wild, rowdy, lustful creatures their character is represented by the red Ruby and they had little respect for authority and proper manners. But at the same time, both were exceptions to their races, being gifted in the arts and sciences and knowledgeable and polite to humans. They both were known to hunt with a bow and arrow, but the arrow was a technic that belongs more to Crotus to be a Satyr.

Why Chiron and Crotus are part of the Sagittarius Constellation?

Most likely it comes from different cultural interpretations of the constellations. Chiron half-man/half-horse could be easily interpreted as the shape of Sagittarius instead of Crotus half-man/half-goat. Chiron is the Sagittarius constellation to help guide the Argonauts in their quest for the Golden Fleece and Crotus could be the constellation Sagittarius because he requested that Zeus place him in the sky, where he is seen demonstrating archery pointing his arrow towards the star Antares, the “heart of the scorpion” if this one ever attacks the nearby Hercules, or to avenge Scorpius’s slaying of Orion. Whether you think Sagittarius is based on Chiron or Crotus doesn’t matter, we suppose both creatures were very similar to one another and the general meaning of the Sagittarius myth remains the same, regardless of whether you think its representative has two legs or four. Sagittarius Constellations are made of Zircon and not diamonds as the rest of the constellations because they are simple and unique all at the same time.

Sagittarius is ruled by Jupiter, the largest planet of the Solar system and the greatest beneficent giant in Astrology. Their enthusiasm has no boundaries, and these people possess a great sense of humor accompanied by intense curiosity. In need of absolute freedom, their adventurous spirit takes them from one end of the world to the other, exploring different cultures and philosophies. Sagittarius’s personalities are positive, think critically, and are known for their honesty. They are caring towards their friends and loved ones, are broad-minded, and always find a way to help those in need. Sagittarius Constellation stone the Zircon gemstones are said to positively impact the life of a Sagittarius, both financially as well as physically.

Sagittarius Constellation stone the The name “zircon” comes from the Persian word “zargun”, which means “gold-colored”, although the mineral comes in a variety of colors. The colorless variety of zircon has been the most popular kind, as it is the most similar-looking stone to diamond because of its brilliance and dispersion. Sadly, zircon is often confused with cubic zirconia, the laboratory-grown imitation diamond, because of its similar name. As such, many people are unaware of the existence of this natural, beautiful stone. Sagittarius Constellation stone the Zircon is one of the oldest minerals on earth and has been cherished as a gemstone for over two millennia. Found in a handful of locations, amidst the igneous rocks of the earth, zircon has a heart of fire. Its luminescence comes from a high refractive index, a light dispersion rate nearly as high as diamonds. The zircon plays with light like no other. Colorless zircon is often compared to the diamond as it reflects brilliant flashes of light and color. In ancient times, the stone was often mistaken for diamond. But Zircon is found in more than just color, as you can read about below.

The Misunderstood Healer Guided by the centaurs and the story of Chiron, Sagittarius is the sign of teaching and healing, always ready to accommodate a friend and help others heal. This is a benefactor who is rarely fully accepted by common people, always in search of great distances where they might find a home. Pain is often hidden behind their smile, and they would gladly give everything they have to other people only to live their lives free from it. Blessed by many incredible things, there always seems to be something missing to make their life complete. Astrologers believe that zircon brings its Sagittarius wearer luck and fulfillment in their relationships, and peace in their married lives. The blue zircon is said to embody the color and movement of the sea and is thought to represent forging ahead in life with a positive outlook. In medieval times, Sagittarius Constellation stone the zircon was believed to bring prosperity, honor, and wisdom to those who wore it. It was also thought to help its wearer sleep – particular serendipity for the blue zircon often referred to as ‘Starlite’. Precious natural zircons are not to be confused with synthetic cubic zirconia – an imitation diamond. Discerning buyers know that natural zircons are beautiful and valuable and much rarer. 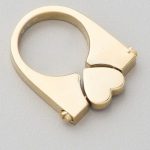 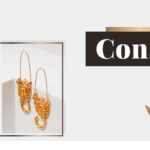