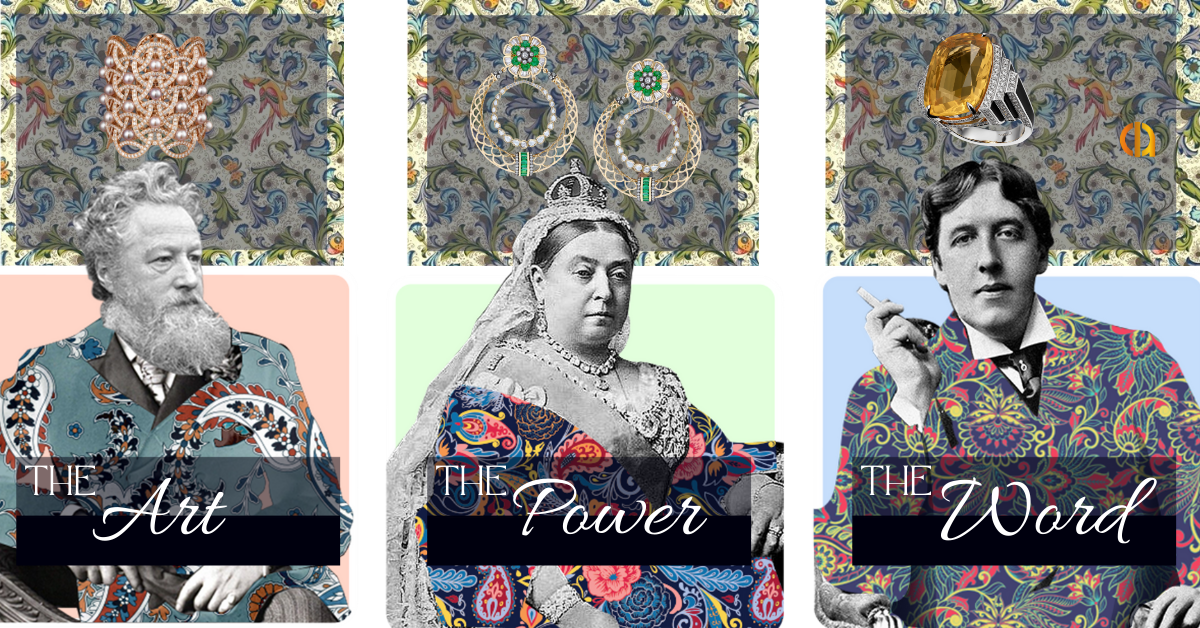 “The Art, The Power, The Word” by Ines Arenas Jewelry Gallery

The Arts & Crafts Movement is mainly associated with the figure of William Morris (far left) architect, a craftsman, painter, designer, writer, poet, activist, doctor, and politician. One of William Morris’s most famous sayings includes the quote, “If you want a golden rule that will fit everything, this is it: Have nothing in your houses that you do not know to be useful, or believe to be beautiful.”

Queen Victoria I of England (in the center of the photo) ascended to the throne at the age of eighteen and held it longer than any other sovereign in Europe. During his reign, France knew two royal dynasties and a republic, Spain three monarchs and Italy four. In this long period, which is precisely known as the “Victorian era”, England became an industrial country and a power of the first order, proud of its ability to create wealth and stand out in a world increasingly dependent on scientific advances. and technicians. She always had a weakness for gold and precious stones, which is why her jewelry box contained priceless pieces, such as the Koh-i-Noor, the largest diamond in the world, and a bracelet set with four huge diamonds, two of them which had belonged to the unfortunate Marie Antoinette; another, to his aunt, Princess Charlotte; and the fourth, to María Estuardo, who was beheaded by order of Queen Elizabeth I.

Oscar Wilde (far right) Oscar Fingal O’Flahertie Wills Wilde, known as Oscar Wilde, was an Irish-born writer, poet, and playwright. Wilde is considered one of the leading playwrights of late Victorian London; In addition, he was a celebrity of the time due to his great and sharp wit. One of his most famous quotes is: «Art is individualism, and individualism is a disintegrating and disturbing force. There is its immense value. For what is sought is to alter the monotony of the type, the slavery of clothing, the tyranny of custom, and the reduction of man to the level of a machine »

Art is a cultural mirror (even of the time) of the different societies in which it was born and developed, whether English (Victorian), French, etc. In this way, each artistic manifestation reflects the place and the historical moment in which it was erected. In AI we chose most three historical figures because their attitudes, abilities, and roles help us to represent the following idea:

“If only certain artistic expressions of certain social groups (with similar socioeconomic and cultural capital) are made visible and publicized, the creative possibility of other communities and cultures is being diminished and devalued, restricting the symbolic-identity expression of each culture, society, or era. In this way, these other social groups are being made invisible, both artistically and culturally, in the face of the SYMBOLIC representation of others with more power. Faced with this reality, and as a form of resistance, they have arisen in the course of history different groups of artists and arts that, to revalue popularly, oppressed, forgotten, despised, or undervalued culture have placed themselves on the opposite side of official and hegemonic art, or on the opposite side of believing that art only belongs to or it can be understood by certain classes or social and even intellectual status.

The true art, the true power and the true word (understood as communication) understand that a true Artist cannot be just anyone, but that true art can come from anywhere and involves any type of expression”. Mose

Curated Assembling Related To This Perspective

The pieces that we have selected are because their work can evoke the meaning in our proposal.

For us, looking for meaning and purpose are ideas that can be accompanied by a beautiful piece of art, as is a Jewel.

We hope that you will enjoy the selection.

The following pieces are:

The use of heterogeneous materials in the field of contemporary jewelry is somewhat a core aspect of this artistic craftsmanship and in the last few years has opened it to unprecedented research scenarios. New products and new formal solutions have marked the cultural change of the Postmodern Age: the preciousness is not solely conveyed by the intrinsic value but also by the idea and by the project itself, as can be represented in this piece by the Italian jewelry designer Luca Tripaldi.

Van Cleef & Arpels are famous for their uniquely designed timepieces that reflect the signature poetry of the TIME. The "Sous Les Étoiles" High Jewelry Collection" is all about the cosmos, the universe and the dreams that come along with it. This particular piece is important for this proposal for two reason: first because is a watch and second because represents de universe under de eyes of astronomers, writers, and artists with a powerful vision.

And as the last piece, The Peacock Brooch made by Graff for is the perfect representation of what we said in Ines Arenas Jewelry Gallery: "JEWELRY PLACE AT THE HEART THE ABILITY TO SEE GREATNESS IN THE SMALL THINGS". (Mose)

…for staying with us through the article: “The Art, The Power, The Word”.

For us, jewelry is an art form where others might think that jewelry becomes art through how it is presented.

But we believe that is the mixture between presentation and content that makes jewelry an art form. One doesn’t happen without the other.

Jewelry is a representation of our history and beliefs in symbols that have changed with the time to express our personal beliefs regarding politics, sexuality, religion, family, and even social status, since the Roman Empire in western civilization.

Jewelry, thanks to the internet, is going to become a language, a vocabulary, a way to talk, understood around the world because any art is about connection including Jewelry.

This is Why We Present Jewelry As We Do It!

But You, “The viewer is the last stroke in any jewelry piece”. 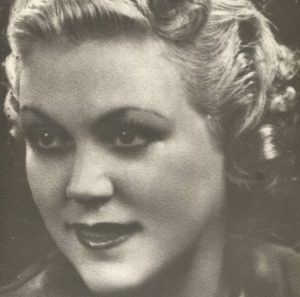 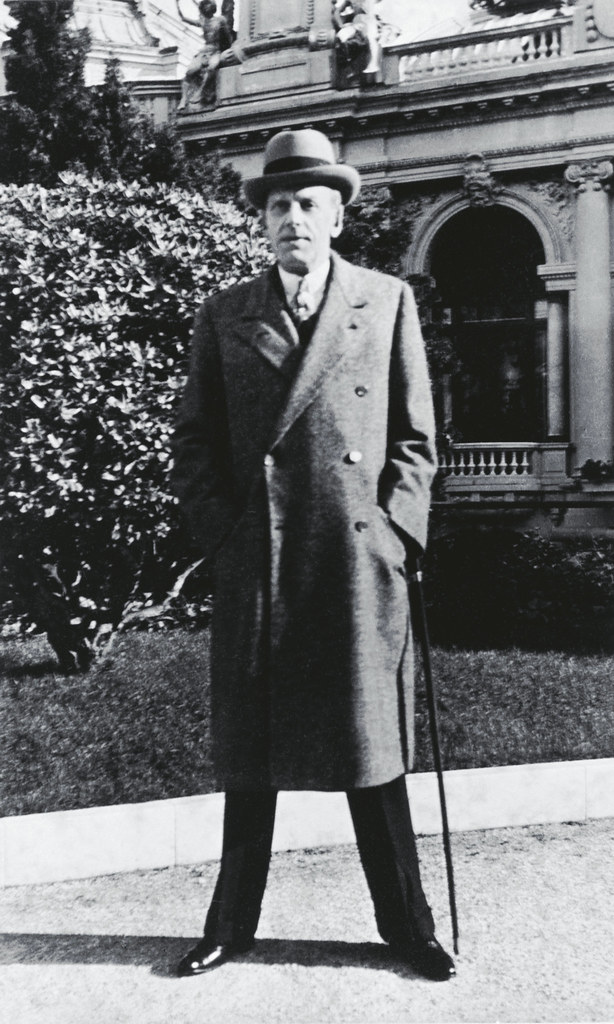 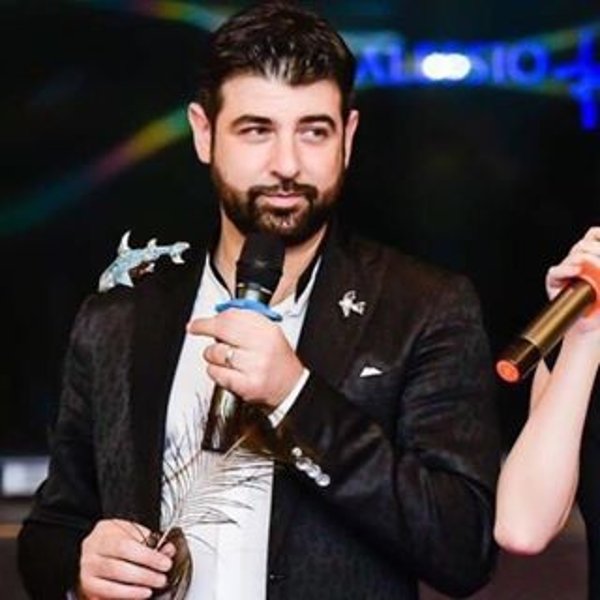 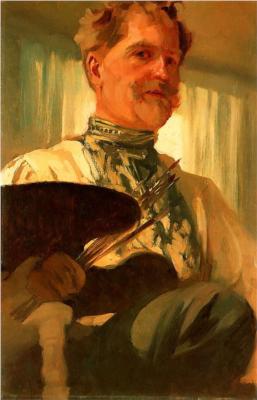 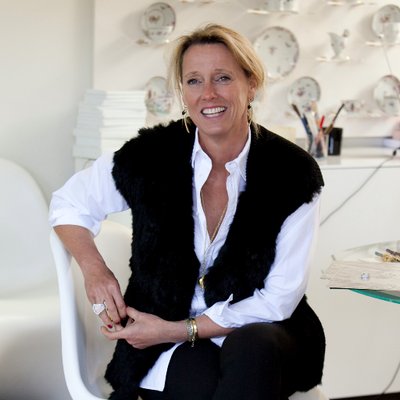 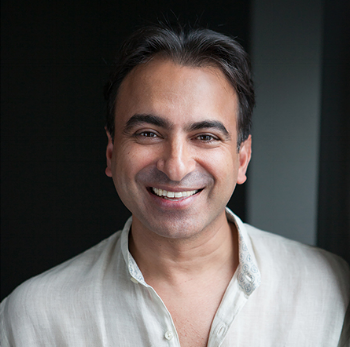 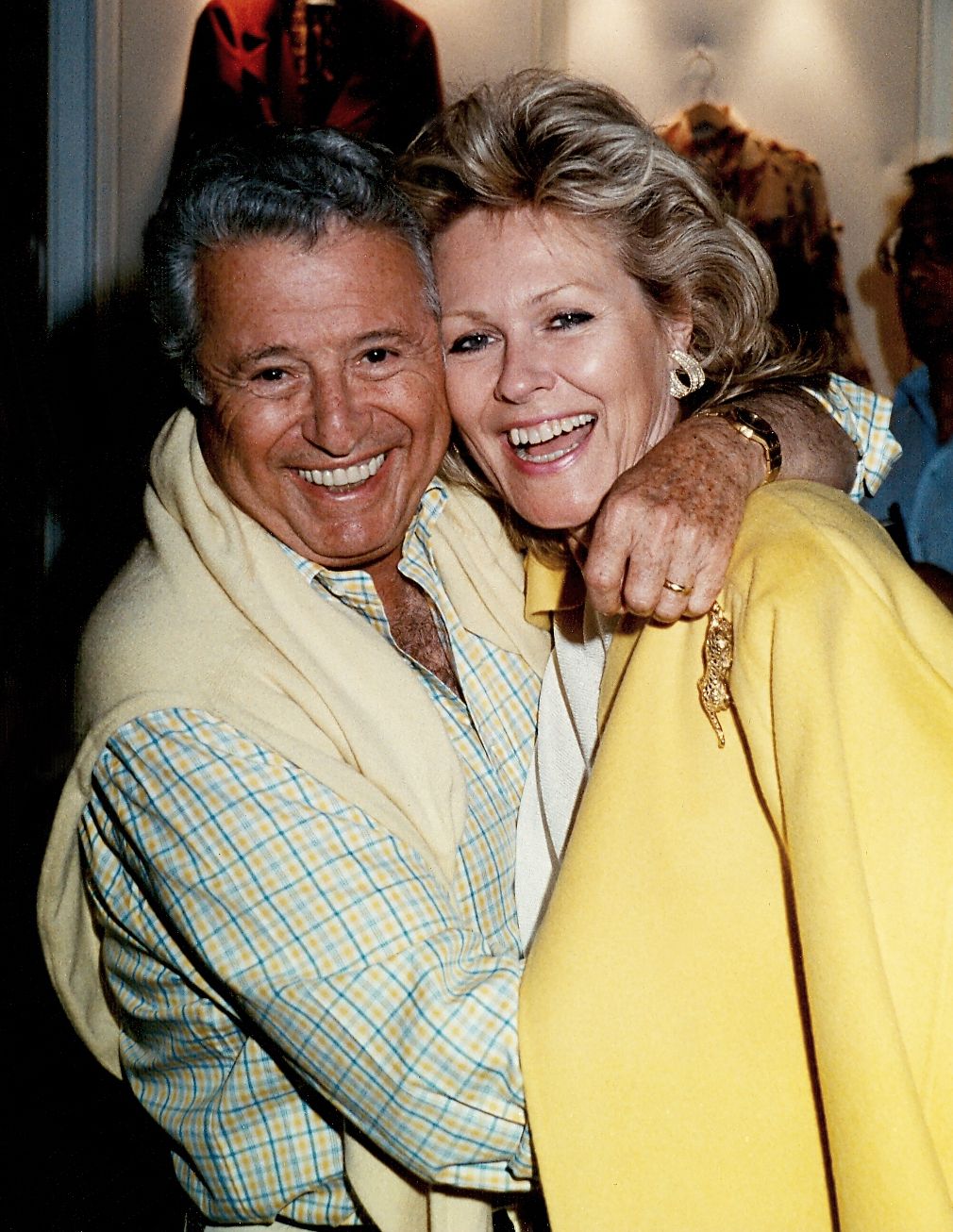 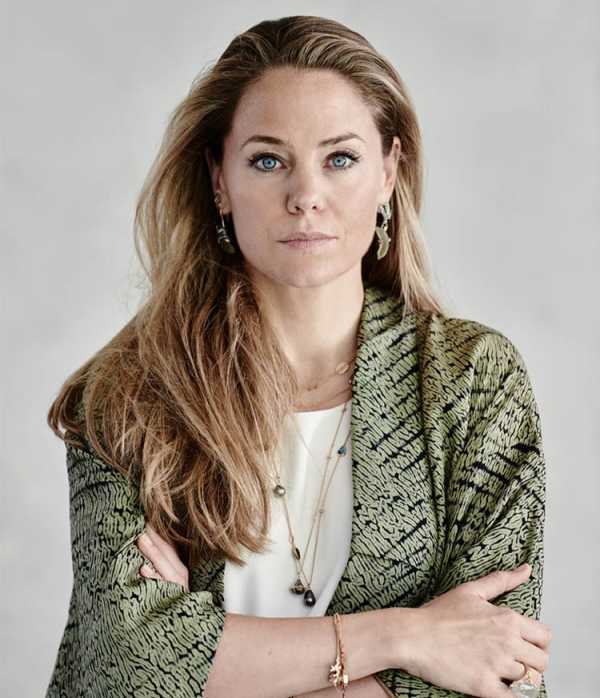 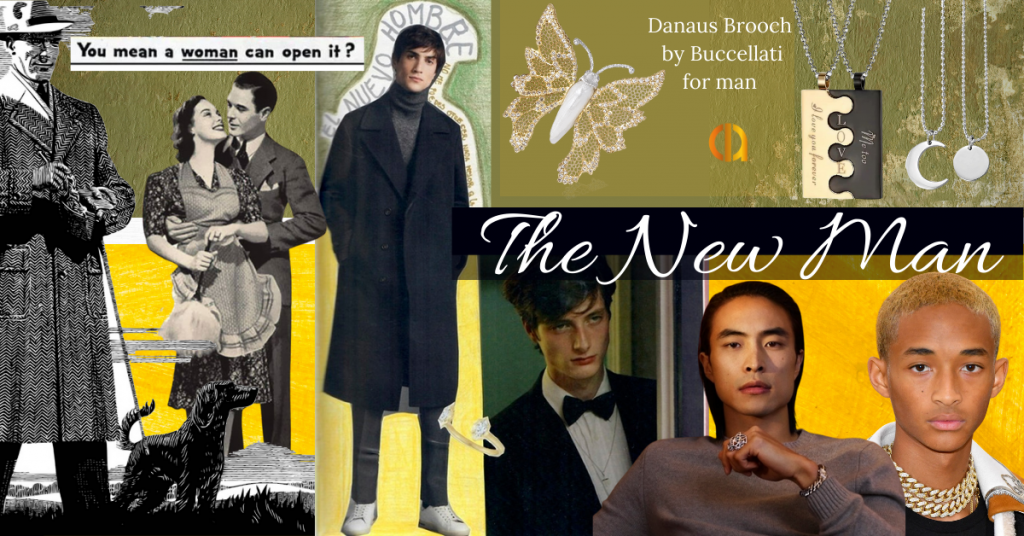 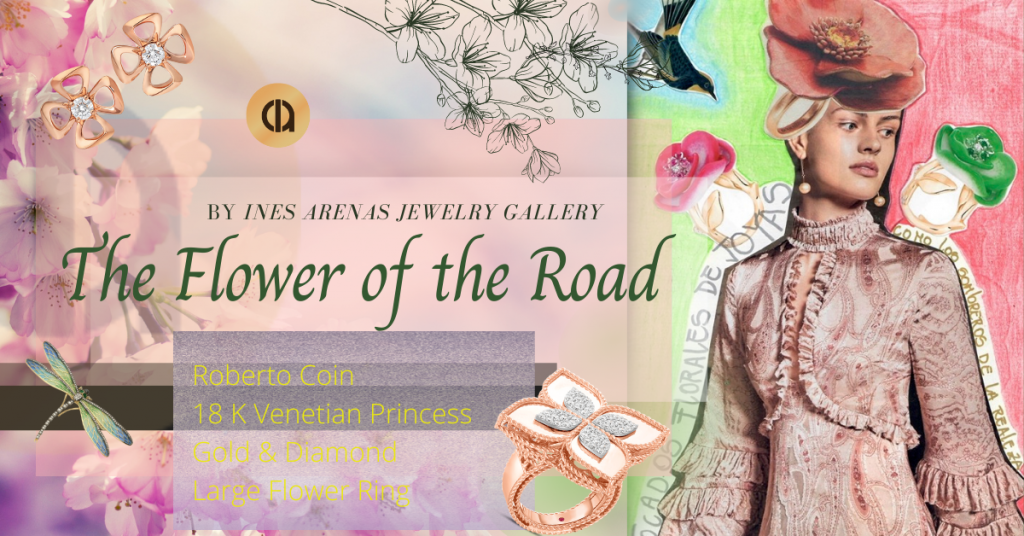 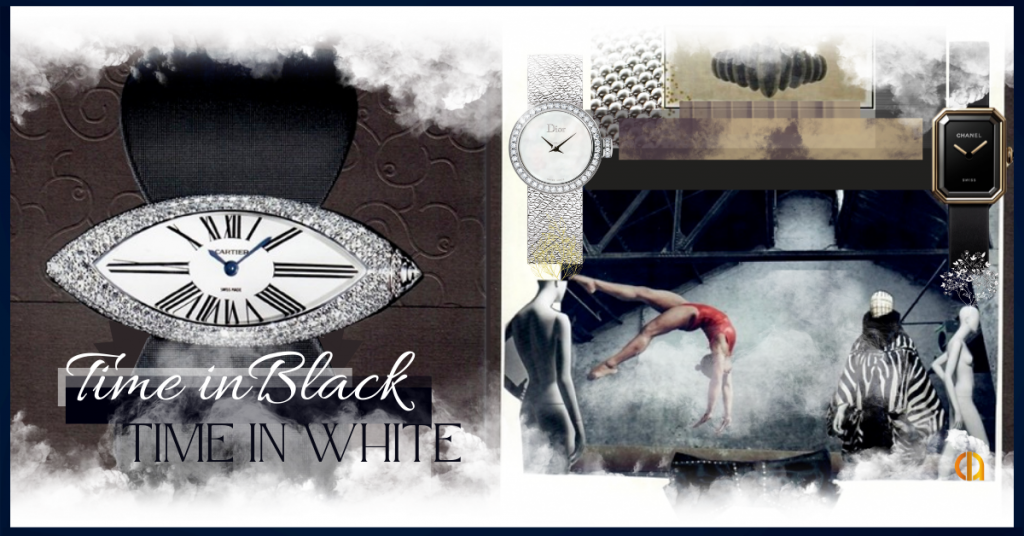 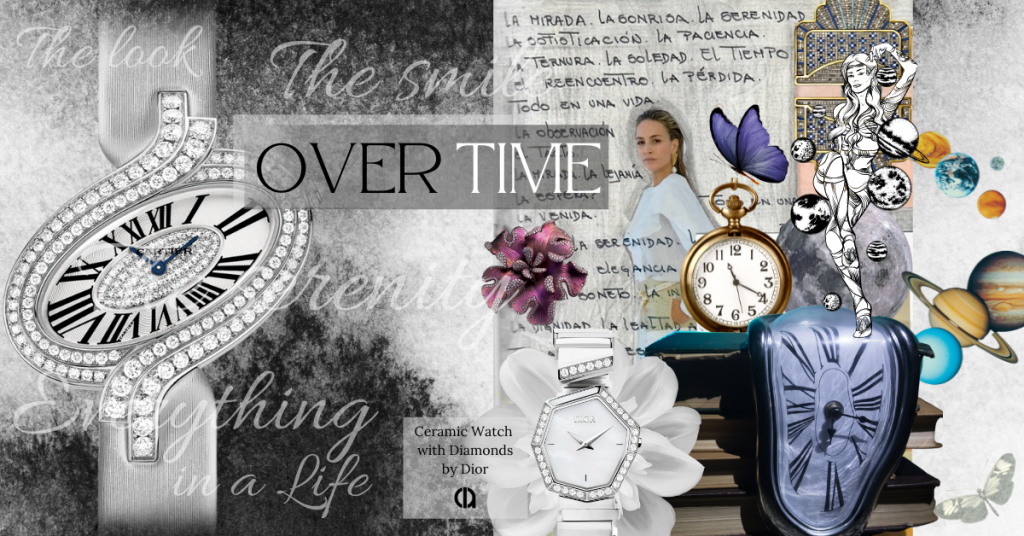