René Boivin. “The Jeweler of the Intelligentsia”

“René Boivin” died in 1917 at the early age of 53. He was an expert goldsmith and engraver who bought his first jewelry workshop in 1890 and established the house of Boivin. In 1893 married Jeanne Poiret, who thanks to her connections with Paris fashion elite and her vision in jewelry design, inspired exotic patterns and forms from the Orient and the Middle East. Her style very defined inside of elements as the movements of the lines between twist, elegance and trembling components such as flowers, fruit, and animals. The firm starts to be a well-known jewelry industry for its innovative and expertly manufactured designs, building around the jewelry house a selected, loyal elite clientele providing enough business and demand.

One aspect that defines the style of the house was to reject the popular Art Nouveau styles of the day by creating chunky pieces inspired by Egyptian, Syrian, and Persian designs. Their more adventurous collection was “Bestiary” inspired by realistic and mythological animal miniatures. These collections were misunderstood in their times and considered “barbaric”; many of the pieces were never sold and were dismantled to use their elements in other designs.

After René Boivin past away, his wife Jeanne and daughter Germaine assumed control of the business is a unique circumstance for the time; by not only being women jewelry designers and running a successful business as well, proving innovative designs.

René Boivin Jewelry House was a learning school for other designers such as Suzanne Belperron and Juliette Moutard.

Under Jeanne Boivin, Maison Boivin produced innovative jewelry with astounding movements and textures; rubies, sapphires and emeralds were eschewed in favor of semi-precious gemstones like citrines, aquamarine, and topaz. Onyx, rock crystal, and lapis lazuli were often incorporated into the pieces, as were more obscure materials like ebony, sandalwood, and tiger-skin. Boivin’s team of designers also produced naturalistic, floral designs featuring orchids, foxgloves, and umbel clusters. Animal and sea life were often depicted, as were mythical creatures like angels, mermaids, and unicorns.

Boivin’s clients included artists, intellectuals as Sigmund Freud, Edgar Degas, and Louise de Vilmorin, as well as film stars and royal figures. For this reason, Boivin fancied itself the “jeweler of the intelligentsia.”

The Boivin firm has changed hands several times during the 20th century. Following Jeanne Boivin’s death in 1959, her daughter Germaine took control. In 1976 the Boivin sisters sold the company to Jacques Bernard, a designer who had been with the company since 1964. The firm was again sold in 1991 to Asprey. Boivin continues to produce finely-made jewelry in typical Boivin themes. 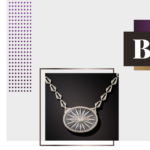 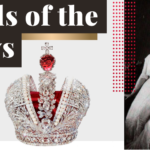