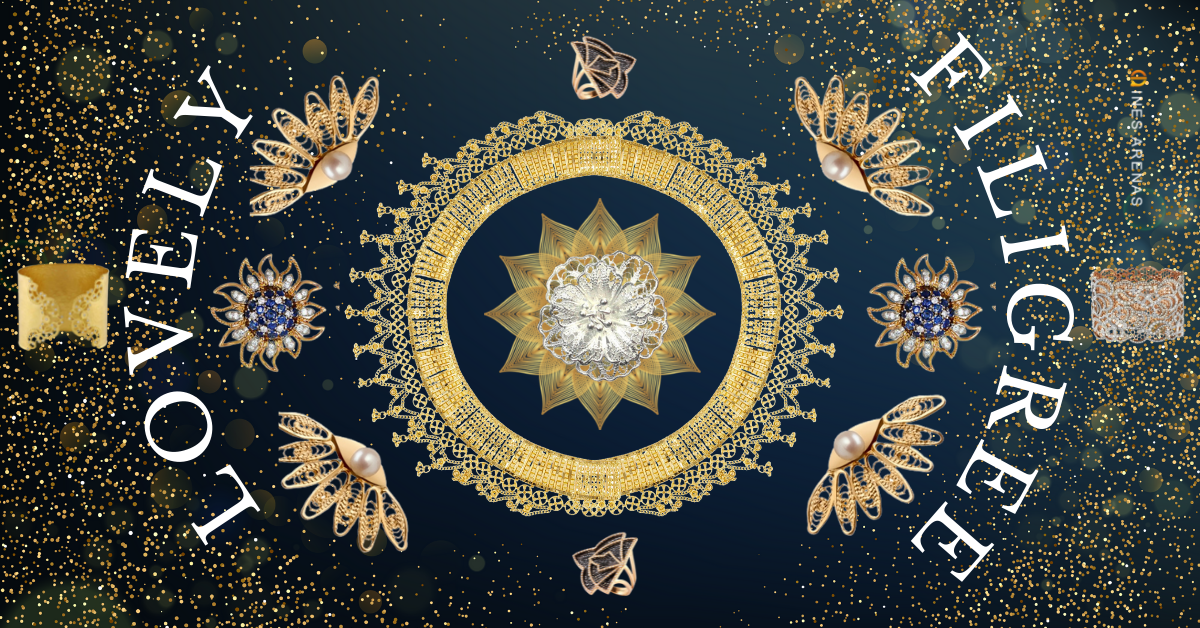 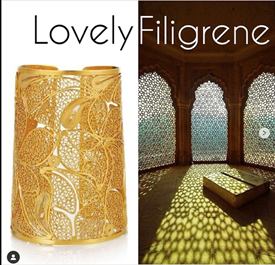 Filigree (filigrann or filigrene derives from Latin “filum” meaning thread and “granum” grain, in the sense of small bead. The Latin words gave filigrana in Italian which itself became filigrane in 17th-century French) known as well as tracery, fretwork, latticework, scrollwork, lacework, quilling, is a kind of ornamental work of fine (typically gold or silver) wire formed into delicate tracery.

The rich history of filigree can be found in several ancient civilizations from Egyptian to Persian, extending throughout the Greek, Early Renaissance, Romanticism, and Art Nouveau eras. Distinguished illustrations of filigree remain admired today, with many artifacts stored in locations around the world including the Vatican Museum in Venice, the Metropolitan Museum of Art in New York, the Louvre in Paris, and the British Museum in London.

Archaeological finds in ancient Mesopotamia indicate that filigree was incorporated into jewelry since 3,000 BC. For me, it’s a work magnificent in architecture and delightful in jewelry. It should not be confused with major jewelry work, the major technique consisting of drilling holes in objects made of sheet metal. 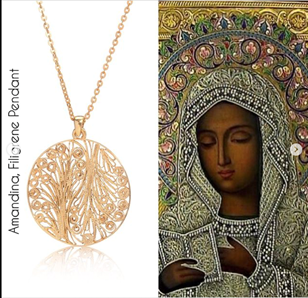 From its fabrication during the Egyptian period, the tradition of filigree maintained its charm throughout thousands of years. It wasn’t until the late 4th century, during the Greek era, that gemstones such as pearls, garnets, and sapphires were introduced into filigree work. Signifying an appearance of elegance and sophistication, filigree decoration remained constant until its alteration in the early 20th century. During his reign, fashion-forward King Edward VII transformed the original filigree with a monochromatic look for jewelry designs by combining metals, such as platinum, with colorless gemstones like diamonds. It was during this Art Nouveau era that the art of filigree jewelry became very popular.

Although creating filigree is a specialized skill for the present-day jeweler, in ancient times this completely handcrafted technique was a customary skill of all jewelers. Today, modern-day technology allows filigree designs to be machine-cast and mass-produced, making these components affordable to the modern jewelry designer.

Over the past few centuries, filigree has been constructed in many cultures and varied in form and pattern. However, the elegance, beauty, and superb craftsmanship of filigree have remained fascinating and continued its ongoing popularity. Today, filigree is available in a wide range of jewelry styles for both men and women. Here is a look at a few fashionable styles, including design ideas for creative inspiration.

It was very much used in the Gotic and Baroque stages of the western culture and the Indian, Arabic, and Chinese culture I will not say that it’s a stage or style, it’s part of their culture. It’s often described as a delicate and intricate arabesque pattern.

Filigree was also extremely popular during the Art Deco era of the 1920s and 1930s. Arguably, some of the finest examples of filigree stem from this period when delicate openwork patterns were incorporated not only into rings but also bracelets and pendant necklaces.
Crafting filigree jewelry is a painstaking and delicate process requiring many hours spent shaping the fine metal wire into characteristically intricate curls and twists. However, even today, many designers continue to use this jewelry-making technique to great effect. 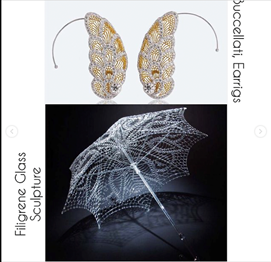 Filigree is the most delicate technique used to work precious metals, usually of gold and silver. It is an age-old and detailed jewelry expression in which skilled artisans painstakingly solder tiny beads and twisted threads to create striking artistic motifs, suggesting often an exquisite and intricate lace-like pattern.
The fine wire elements are soldered together to create small and rich accessories, usually jewelry pieces such as rings and necklaces, but in a bold, and certainly unexpected move, Boca do Lobo has been mastering the art of turning it into upscale masterpieces.
“It takes thousands of attempts to get right and the threads can be as thin as a hair. The way the material is bend will never be the same, the threads can bend a little bit more or a little bit less, machines can’t do this.”

For me the filigree or filigrene (like I like to call it), about make sense from multiple and irregular pieces, to form a complete object, traced golden or silver lines that come entirely from the artist’s imagination. Did you realize that filigrene appears in more discreet forms, at the heart of our daily interactions in form of painting, drawing, sculpture, architecture, and finally jewelry! It’s something that has stayed with us for a time longer than we can recall, has stayed with us for decades, sometimes fading in moments.

There are numerous examples of historic filigree jewels in museums all over the world, including several earrings dating back to Etruscan times on display at the British Museum. The Victoria and Albert Museum also houses several pieces made by Byzantine goldsmiths who sometimes set small precious stones in between the knots and curves of the filigree patterns.
In the 1820s and 1830s, colored gemstones were often used in combination with elaborate filigree, featuring spirals known as cannetille and granules that were referred to as graniti. By employing this openwork jewelry-making technique, craftsmen could create bulky and opulent gold jewelry using the minimum of precious metal.

In the Edwardian era, jewelry was characterized by a delicate elegance and airiness that reflected the carefree and optimistic attitudes of the times. Antique engagement rings from this era often have complex filigree detailing in platinum, together with diamonds in old-mine or Old-European cuts.

One of the most fascinating jewelry-making techniques still in use today, filigree involves twisting thin metal threads into intricate lace-like patterns. The fine wire pieces are then soldered together to create a larger piece, with or without gemstone accents. In ancient times, another technique called granulation, whereby small beads of metal were soldered onto the wirework, was often used together with filigree.

Maybe for being the jewelry so personal, filigrene jewelry is golden threads that keep us woven together. Let’s add this as a part of the concept, at the end, it’s not storytelling the most important part of the jewelry? 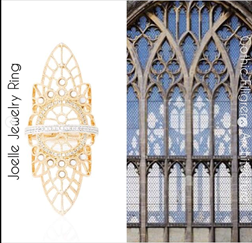 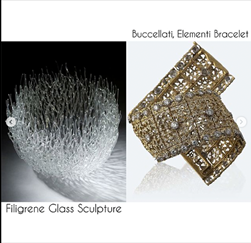