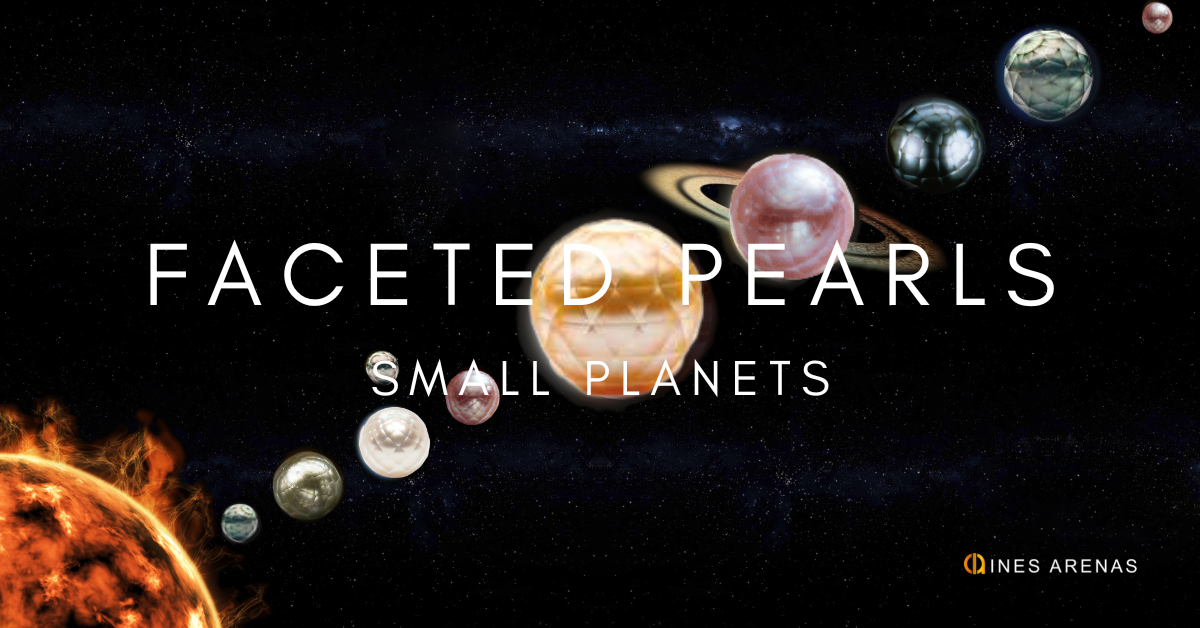 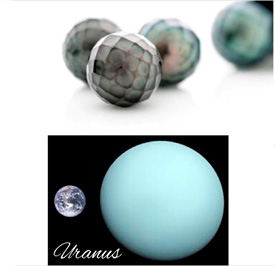 First recorded in history by a Chinese historian in 2,206 BCE, pearls have been valued as gemstones for millennia. However, there’s a major difference between pearls and other well-known gems like diamonds, emeralds, rubies, and sapphires. While these others form as minerals underground, pearls have organic origins. They form within various species of freshwater and saltwater mollusks. Simply put, pearls are gems but not stones. However, the ancients made little distinction between pearls and actual stones.

In ancient Vedic texts, the pearl is born of the Earth’s waters and heaven’s powers, fertilized by a flash of lightning. It’s considered to be the daughter of the Moon. In Western cultures, the pearl has astrological associations with the planet Venus.

Like pearls, the goddess of love came from the sea.
Due to their shape, pearls have another watery association. Some stories say white pearls are tears shed by the gods. One legend says the tears Eve cried when she was banished from Eden turned to pearls. 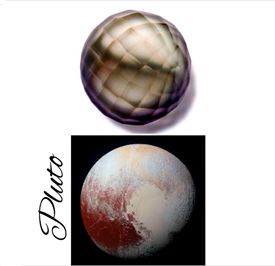 Today, natural pearls are extremely rare, which increases their value considerably. The search for the perfect pearl, whether natural or farmed, has gone on for centuries. Evidence of pearl cultivation goes back to at least the 13th century CE. In ancient times, the expense of perfect pearls gave rise to a curious spell for increasing wealth. The caster would select a particularly fine pearl, infuse it with the desire for riches, and then throw it away into a rubbish heap. The idea behind this sympathetic magic practice was that someone who could throw away pearls was rich indeed.

The rarity and expense of pearls also contributed to some common expressions still used today. In The Bible, Matthew 7:6 admonishes against throwing “pearls before swine,” wasting what is valuable on fruitless endeavors. We still commonly refer to precious advice and counsel as “pearls of wisdom.” In the millennia before perliculture, pearls were very hard to find and harvest. When wisdom is given, treasure it like a rare pearl.

Jewelry for me is the art that brings us closer to the stars. The diamonds, the rubies, the sapphires, the emeralds, with the visions of the designers and in the hands of the craftsmen, it’s is the closest thing we have for say “a star or a piece of the universe in our hands”.

But since I have known and observed the faceted pearls, all these thoughts have taken me to a new level.

The pearl has been shrouded in Myth and Mystery since antiquity. 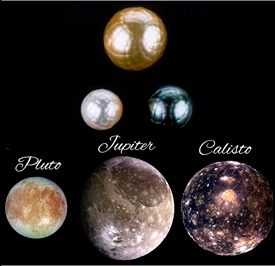 The ancient Romans imagined they were the tears of gods and angels. The ancient Chinese thought they offered protection from fire-breathing dragons. And Europeans believed they symbolized modesty, chastity, and purity.
In the 20th century, the classic cultured pearl necklace became an essential fashion accessory, adorning icons of sophistication like Jackie Kennedy Onassis, Audrey Hepburn, and Coco Chanel.

Pearls have been coveted for thousands of years, and in 1998, pearl lovers were given a new and unique option: the faceted cultured pearl. With up to 200 facets, these miniature marvels were the result of 20 years of experimentation by Komatsu Diamond Industry, a Japanese diamond cutting company, and were a dramatic alternative from smoother surfaced cultured pearls.

While only the finest cultured pearls were first faceted, cultured pearls of all qualities and colors are now cut and polished. To facet cultured pearls, gem cutters utilize the same cutting equipment that is used for cutting gemstones. Designers continue to experiment in pursuit of perfecting these geometric beauties.

“Nature makes pearls, and faceting brings out their beauty,” says award-winning designer Mark Schneider, who has earned a reputation for featuring faceted cultured pearls in his work. “I take what nature creates and put my fingerprints on it.”

In freshwater pearls, there are two common grades of faceting the one typically used in dyed potato pearls I may call “hacked at” where the pearls look like they were run through a food processor and “fine facetting” typically used for already well-shaped pearls of fine natural color and water. The former are hideous and the latter is amazing.

In contrast to what some authors (e.g. Antionette Matlins) suggest, you cannot make pearls rounder or the circle? disappear by faceting them. Au contraire, circle? and most other flaws go too deep to be eradicated by competent faceting and thus stand out even more than before when faceted. Anodonta woodiana pearls (naturally black freshwater cultured pearls) benefit most from such treatment resulting in a product that looks like faceted black opal beads of the Lightning Ridge type.

Currently, the Komatsu factory produces about 1,000 faceted pearls a month, of varying sizes. There are no plans to increase production, primarily because of the time and investment required for training.
The company chooses pearls to facet together with its clientele; some customers provide their pearls, while the company can supply pearls for others based on size, color, budget, and selling price. Over time, ongoing clients learn what kinds of pearls look best with facets and which ones sell well. 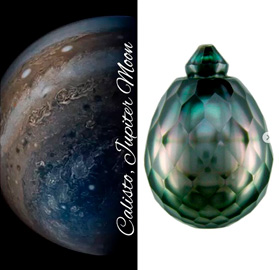 Most of Komatsu’s customers for faceted pearls are wholesalers, though there are jewelry designers as well, including some Italian brand-name designers and someone Kazuhito terms “a well-known designer in the U.S.” Outside of Japan, the United States, and Italy, the company also sells its faceted pearls to clients in Taiwan and Bangkok, Thailand. Most customers are firms that do not specialize in pearls, suggesting that this innovative technique has opened up some new markets for pearls.
Overseas customers tend to like faceted Chinese freshwater pearls.

The Komatsu company cuts these in sizes from 5 mm for pierced earrings to 9 mm and 10 mm for necklaces and 11 mm for rings and pendants.
In Japan, freshwaters have a strong image of being “cheap pearls,” Kazuhito says, making them more difficult to sell to the domestic market. But they’re still useful for niche jewelry that is difficult to create with Akoya and South Sea pearls. For example, a necklace made entirely of 10-mm pearls would be difficult to obtain and prohibitively expensive if made with Akoya or South Sea pearls. When done in freshwaters, it sells because of its uniqueness.
Though Kazuo was the first to facet pearls, the popularity of this new look has spurred other companies to experiment with the technique. There are Chinese and Australian manufacturers who also facet pearls, but the Komatsus aren’t worried about the competition.
“Their thinking is different from ours, as is the quality of their materials and their cutting,” says Kazuhito. “It’s a completely different product.”

The world of gems and stones is so similar to the cosmos, that these sculpted pearls feel like a step closer to a micro-universe, it feels like landing on small planets. If you had a faceted pearl in your hands, a small planet for yourself, what name would you give it? Can not be B612!