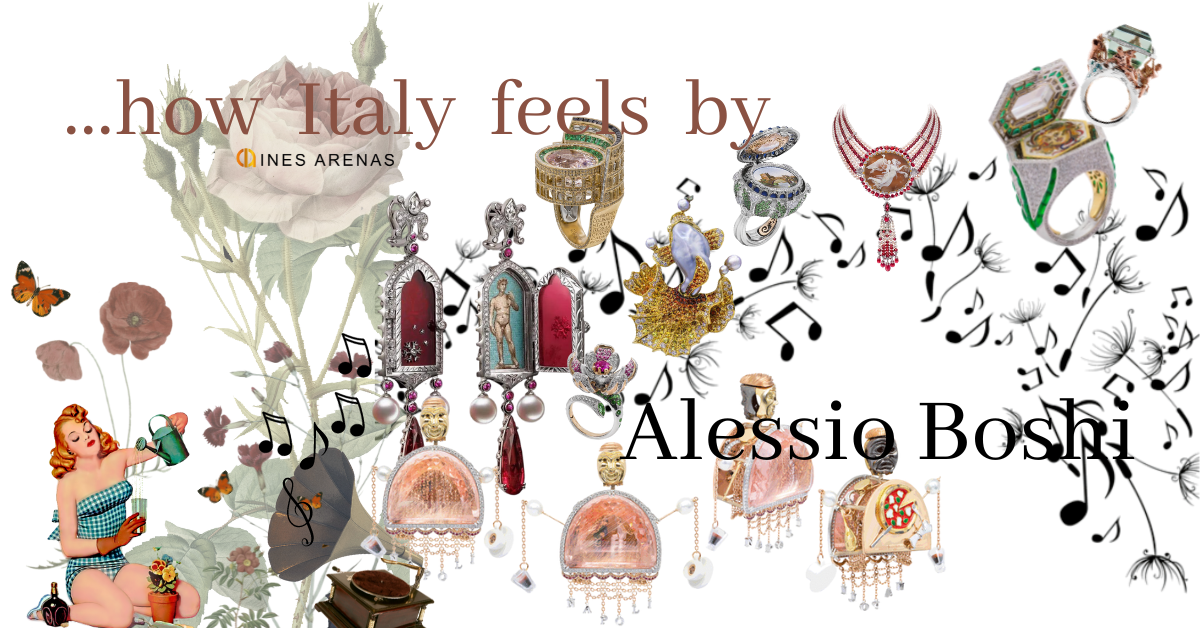 Alessio Boschi grows up in Rome in a house built in the early 20th century, where he started to create simple designs in jewelry when he was only five or six years old. At seven, he developed a real passion for jewels, after visiting an archeological museum in Athens with his mother.

Later on, he started to attend the Accademia di Costume e di Moda in Rome, where he received a Bachelor’s Degree in Jewelry Design. Almost in no time the young designer was recognized in international competitions and winning many prizes for his unique designs.

After graduation and to perfect his craft, Alessio worked for various companies in Greece, Milan, Bangkok, Hong Kong, and Australia.

By 2013, he had been recognized with more than 28 awards from worldwide competitions for his original creations; this is the moment where he decided to move back to Bangkok and establish his own company, AB Jewels with his sister Valeria as a business partner.

The two forces that drive his inspiration and design are the desire for expression and huge ambition; to improve and to achieve his highest objectives supervising every stage of the craftsmanship.

In his style, we can appreciate the curve lines to sharp corners and minute details with unusual stones with inclusions and often tailored cut to achieve an impression. The element of wonder is essential in the making of his pieces, where the Roman Renaissance Heritage comes out.

Colorful pieces with multiple shades of contrasting tones can evoke emotions, with the help of their tridimensional volume; the reflection of the light accentuates the curves and the glamour of sparkling gemstones to discover a world out of the ordinary.

As his name indicates, was only natural that Alessio Boschi would choose to live in a home that reflects his Italian heritage; a medieval village between Tuscany, Umbria, and Rome with parts dating back to the 15th century.

In the basement of his house, he found pieces of Renaissance ceramic and two arches made of large stones, indicating that the original owners had a certain standing and wealth.

His production is done in Bangkok with a highly skilled team of talented artisans; Alessio returns to Italy as often as he can. Who will not agree that the city of the Antique Roman Empire is not an amazing place for inspiration?

In a beautiful interview that appears in the website gemscene.com call “The Passionate Journey of Alessio Boschi”, he said: “I believe in communication, in sharing ideas and in a teamwork in order to create a passionate enthusiasm in the mutual strength to achieve a common objective: making a small piece of art in a more genuine jewelry world which will take you in a dream place and will enhance your intrinsic beauty. Different stories are hidden behind the settings and galleries and they are synonymous with the desire to take you to this different dimension. Want my creations to guide you to a whimsical journey full of discoveries where nothing is ordinary. Please be my guest”.

Alessio in Ines Arenas we are right after you!!